Yesterday we went to the Natural History Museum. There we saw a lot of stuffed animals. Also, there were a lot of fossils and precious stones. The most amazing part was the dinosaurs.

It is the biggest park in London where you can see ducks, birds, squirrels... There is also the Speaker´sCorner, Serpentine Galleries, Statue of Peter Pan, Round Pond, Diana Memorial Playground...

Yesterday we visited the King's Cross train  station. It's very famous because J.K Rowling wrote in the Harry Potter books that the wizards go to that station and they appear at platform 9 3/4 when they cross between the platforms 9 and 10. So, in the loving memory of the Harry Potter series, there's a wall with a cart sticked, and there's a poster in which it says "platform 9 3/4", in King's Cross. And a potterhead's biggest fan dream is to go to King's Cross and take a photo in the platform 9 3/4. It's wonderful, a potterhead dream come true.

BUCKINGHAM PALACE The Buckingham Palace is so old, but it is very big and beautiful. Royal Family lives there and there are a lot of guards. Once a week at eleven o'clock, they do a 'show' to do the Changing of the Guards. It's a privilege to see them, it's a great show. PD: God save the queen.

In the afternoon we visited Westminister Abbey, Houses of Parliament, London Eye and Big Ben, which is still under construction. Then, we visited Convent Garden. 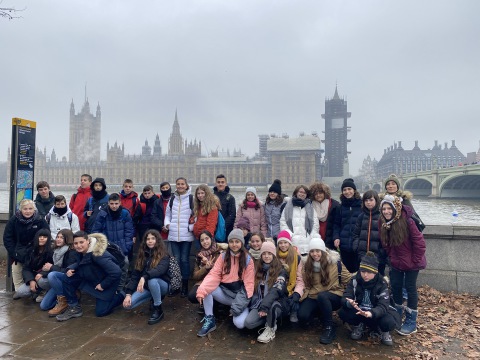 In the National Gallery Museum there are paintings related to the earlier times such as portraits or religuous paintings of famous painters like Turner, Van Eyck, Monet, Rembrandt and Van Gogh.

In the afternoon we walked along Oxford St, Regent St, Picadilly Circus and China Town. We did some shopping and had a great time!

Yesterday we visited the Tower of London. It's a castle where the jewels of the royal crown are kept.
There are also a lot of ravens, because in the past the beefeaters, the Tower keepers, threw them beef. The keepers are called beefeaters because in the past they ate beef, a very expensive meal.
A long time ago, in the Tower of London, King Henry VIII ordered to execute his wife, Queen Anne Boleyn, because she was a traitor.

The Saint Paul’s Cathedral is found in Ludgate hill, is the highest point of the city. The cathedral was in construction from 1675 to 1720, after the fire they rebuilded the cathedral like his form of before.

The Globe is the theater where William Shakespeare interpreted his plays, the theater is located in the river Thames. 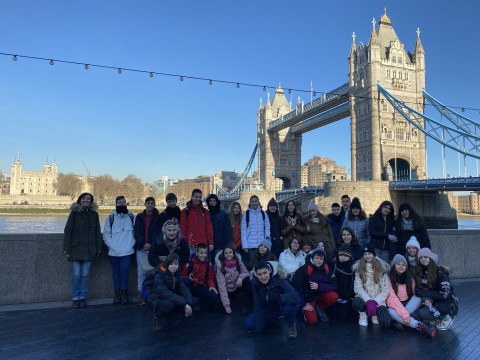 With our visit to Oxford we finish our one week trip to London. We have enjoyed it a lot! 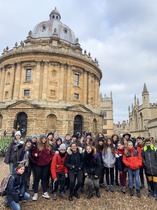 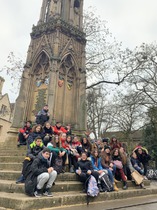 On Thursday morning we went to the British Museum. It is very beautiful, we saw the ancient egyptian ast, as well as japanese, african and islamic art. ehat we liked the most was the mummies from Egypt.

In the afternoon we walked along Oxford and Regent Street, Picadilly Circus and Chinatown.

This morning we went to Westminter Abbey and Buckingham Palace to see the Changing of the Guards which was very amazing.
Later we we went to the Houses of Parliament and Big Ben, which being refurbished. We visited the London Eye, the big wheel next to the Thames River. In the afternoon we visited Covent Garden. 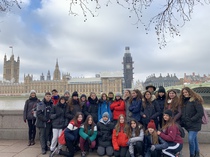 Yesterday we visited The National Gallery. We saw a lot of pictures of different painters. It was huge so we couldn’t see all the pictures. It has different rooms, with different epochs, and different techniques. We learnt a lot!

In the afternoon we walked through Hyde Park and we went to King’s Cross Station, where we visites the Harry Potter’s shop.

We took the plane at 7:30 and we arrived at 9:45. We took a bus to go to the center of London. When we arrived we saw the London Bridge and the Tower of London. Then we went to the Tate Modern Museum.

After dinner we went to the Millenium Bridge, then near it there was St. Paul’s Cathedral. St. Paul’s Carhedral is beautiful, fascinating and huge. We had a great time. 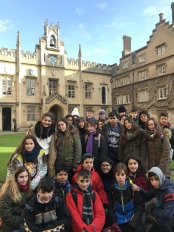 CAMBRIDGE In our last day we visited Cambridge, a city full of colleges. We visited University of Cambridge and Trinity College.

This was the last stop of our one week trip. We have enjoyed it a lot and had great fun! 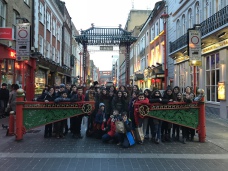 In our fourth day in London we visited the British Museum. We could see a lot of egyptian art, mummies, jewellery, mesopotamic sculptures... It was an amazing place! In the afternoon, we went shopping to Oxford and Regent Street, the shops were very big and amazing. We also saw Chinatown. 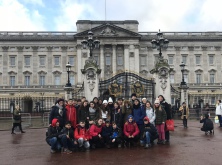 Yesterday morning we went to Buckingham Palace, which is the palace of the Queen of England. We saw the changing of the guards, but there were so many people. In the afternoon, we saw the Big Ben, a very big and famous clock, but they are working on it and we couldn’t see it properly. We also visited the London Eye. It was a typical rainy and windy day but we enjoyed it a lot. 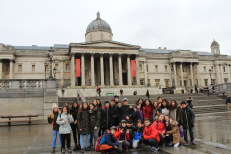 Yesterday we went to the National Gallery. We saw a lot of paintings of very famous artists. All the paintings are very beautiful. We enjoyed it a lot at the museum.

In the afternoon we went to Hyde Park, where we saw a lot of ducks, birds and squirrels. Then we went to Harrods’s, a very beautiful and expensive department store. 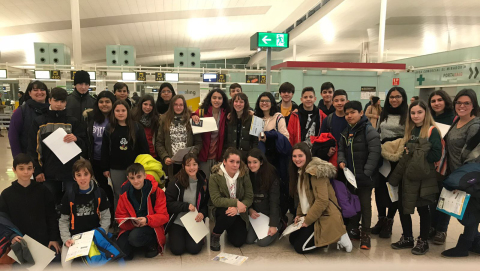 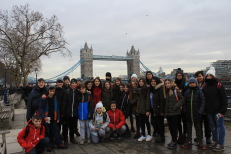 When we arrived at London we visisted the Tower of London, officially the Royal Palace and Fortress of his Majesty.  We also saw the Tower Bridge and walked along The City.  When we arrived to the Cathedral we were tired of walking but we enjoyed the beauty of this building. Then we went to the Millenium Bridge and we saw the Shakespeare’s theatre.

Finally, we took the bus to go to Orpington and met the families.